As part of the Rosebank Management District’s marketing campaign, RMD precinct manager, Lerato Khiba, with their media partners Johannesburg In Your Pocket, organised a tour of the precinct for journalists and COJ officials.

See more details of the role Johannesburg In Your Pockets plays in promoting City Improvement Districts and Rosebank in particular: https://blog.inyourpocket.com/south-africa/2021/08/26/our-rosebank-media-walk-brings-stakeholders-and-city-officials-together/

The tour was an opportunity to showcase the successful work being carried out in the management district and a chance to highlight challenges that require COJ service delivery.

The following press release, including a dropbox link containing even more information and photographs, was circulated in conjunction with the walk about:

A vibrant vision of an integrated, diverse and walkable neighbourhood, Rosebank has in recent years emerged as Joburg’s leading mixed-use lifestyle, business and residential district. Even with the great challenges created by Covid-19, and the neighbourhood’s burgeoning development, the Rosebank district has seen a number of recent positive developments.

As Rosebank embarks on increased growth and deeper stakeholder engagement, the district is reaching out to City of Joburg entities to help cement its status as Joburg’s most successful City Improvement District.

On August 24, 2021, RMD hosted a walk in order to highlight the successes and current challenges facing the district, as well as to demonstrate the walkability of the neighbourhood.

“Cities across the globe need to develop strategies to deal with both the benefits and challenges of rapid urbanisation,” says Nicole Greenstone, Chairperson of Rosebank Management District.

“The Rosebank node has enjoyed over a decade of construction and investment. The Rosebank Management District would like to highlight the importance of developing effective public-private partnerships to successfully deal with the complexities of urban life. We aim to create an attractive and sustainable environment that is welcoming and inclusive, and takes into consideration the needs of all residents and visitors.”

The walk was designed with a number of stops, with a speaker at each representing a different aspect of the Rosebank district, and highlighting key issues about residential, commercial, lifestyle, retail, tourism and social issues pertaining to Rosebank.

Despite the many challenges posed by the Covid-19 pandemic, under the leadership of the Rosebank Management District (RMD) stakeholder organisation, Rosebank has continued to grow and attract investment.

Many Rosebank businesses, particularly retail and hospitality, were severely affected by lockdowns and long stay-at-home orders. However, there are signs of recovery. In the coming months 1,500 Anglo American employees will move into the new Oxford Parks Precinct and the 144 Oxford Road office complex. The Gautrain plans to launch new midi-bus routes, including one to Parkhurst. Two new international hotels have arrived in the area, and with hundreds of new residential units, Rosebank is an area in demand.

Seeking renewed engagement with the City to support sustainable densification

Bolstered by the successes of increased stakeholder and community mobilisation in the face of the pandemic, RMD now sets its sights on motivating City of Joburg authorities to uphold their commitments to improving the neighbourhood’s infrastructure and service delivery.

With practical and financial support from the City, RMD hopes to successfully resolve challenges caused by Rosebank’s rapid densification. These include sustainable upgrading of overburdened basic infrastructure; the establishment of a new dedicated taxi rank to accommodate an expanding commuter population; the eradication of rampant illegal parking; and the maintenance of Rosebank’s neglected green spaces.

A growing corporate and residential neighbourhood

Rosebank’s transport links, abundant lifestyle attractions and amenities and high levels of walkability have helped accelerate its popularity among corporates and those looking to live the urban lifestyle.

Drawing more people into the district, in 2019 the first phase of the multi-billion rand mixed-use development, Oxford Parks, launched on the corner of Jellicoe and Oxford Roads and the construction of the 144 Oxford Road office block reached completion in 2020. From September 2021 Anglo American is set to move 1,500 employees to the two properties, joining a host of other major corporations established in the district including: Standard Bank, Coca-Cola, Pepsi Co, Redefine, Total, BP, Sony and Life Healthcare.

The past six years have also seen the construction of several new apartment blocks in Rosebank, adding hundreds of new residential units to the neighbourhood.

ABOUT ROSEBANK MANAGEMENT DISTRICT (RMD)
Rosebank Management District (RMD) is a stakeholder organisation, managed through a Section 21 company and directed by a board of elected business and property representatives from the area.
Its role is to oversee the provision of additional base services including increased public safety and security, pavement cleaning, litter collection, placemaking, district marketing and stakeholder engagement with City of Joburg entities.

MEDIA INFORMATION, INTERVIEWS, IMAGES AND PRESS PACK
Information compiled by Johannesburg In Your Pocket City Guide, on behalf of the Rosebank Management District. 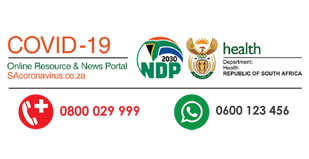 If you are interested in receiving our monthly newsletters, please fill in your details below:

h J R
The JHB CID Forum @CID_Forum Thank you for your presentation on your #RiversideCID CSI Foundation this morning. This is such inspiring work! The… https://t.co/BskCdhVwV5

With great enthusiams and excitement, we would like to inform you of our recent name change – from CID Forum to GPMA.

The GPMA will function in the same way and offer the same services as the CID Forum.